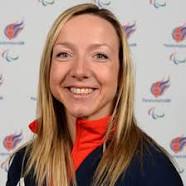 PHAB is a charity that inspires and supports children, young people and adults with and without disabilities to make more of life together by breaking down community barriers, reducing social isolation, and creating opportunities for disabled people to enjoy the same activities and challenges as, and alongside, those without a disability.

Leamington adult PHAB is run by dedicated volunteers who support fellow members with various activities such as day trips, weekends away, quiz nights, guest speakers, meals out, bowling, to name but a few. It is a great opportunity for members to meet up, socialise and interact in a friendly environment.

Anna Turney has had a close relationship with the club since 2013 and has often been invited to talk to members about her impressive achievements and experiences.  Through her sheer enthusiasm and energy, Anna has never failed to captivate her audience. She motivates and inspires all who meet her. This is why Anna is ideal for the role of patron to Leamington PHAB.

Anna and Bob Lapworth will be interviewed on Coventry and Warwickshire Radio (CWR) on Wednesday 6th of November, where Anna and Bob will be openly discussing PHAB, and Anna’s role.

Bob has been involved with PHAB Leamington for all of its current 40 years – and Bob was also Chairman of the club for a number of years.

The launch night is on the 7th November at 19:30 at the Warwick Space, Coten End, Warwick.